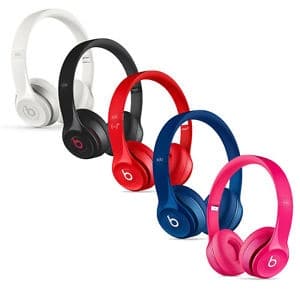 Fans of bass, rejoice – the Beats Solo series is back, and it’s better than ever. A newer version of its Solo and Solo HD predecessors, the Solo 2 offers improved features and better functionality – without detracting from what made the Beats one of the most well-known and popular on-ear headphones on the market, albeit there are many headphones that are much better than beats in many respects.

When the Solo was first released, they literally flew off the shelves, despite users lamenting on their poor sound quality.The Solo 2 has fixed this, thanks to a localized bass bump that avoids the low to mid-range ‘thickness’, which cluttered up sounds for the Solo HD.

The Beats series has always been known for their bass, and the Solo 2 is no exception. Now – a common problem with bass-heavy headphones is distortion, as the sounds reproduced are often muddy and lack clarity, like those you get from a sub-par pair of car speakers. But you won’t have this problem with the Solo 2, which has minimal distortion even at loud volumes. They deliver powerful performance on tracks with a sub-bass synth and drum loop, creating a subwoofer-like effect such as those users would expect from a club’s PA system. At moderate levels, the bass is still powerful, without overwhelming the mids and trebles.

Compared to older versions, the Solo 2 has actually toned down their bass and gone for a more accurate frequency response. Although not the flattest, the result is an overall audio that is clean and relatively well-balanced. Trebles, such as guitars, are boosted without being overly bright or piercing. Stereo imaging and sound width are sufficiently wide. 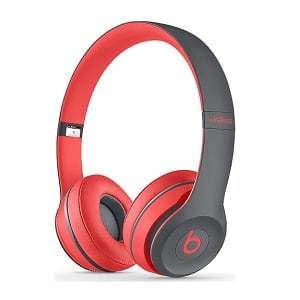 However, the Solo 2 falls short in the mid-range, which is weak and lacks texture and detail. This is particularly obvious in the vocals. The treble does the bulk of the work, but since most vocals fall within the mid-range, they don’t carry well and the result is flat and uninteresting. The unbalanced effect becomes clear when played with certain genres of music, such as classical or acoustic.

Meanwhile, their closed back design means that the headphones do a decent job at minimizing audio leakage for a more private listening experience, even while on the commute. They also block out ambient noise fairly well. For regular use, these headphones do fine, but they probably won’t be making the list for hard-core audiophiles any time soon.

One of the Solo 2’s main selling points is their cool and edgy-looking design. When buying a pair of Beats, most users know that they’re paying for the name as much as the look and functionality. In order to show off the brand, the Solo 2 comes with their signature ‘b’ logo on both sides of the large ear cups.

Streamlined for easier portability and handling, they feature fast flowing curves free from annoying screws and a rubber-topped headband. The body is made from a tough and durable plastic that is nonetheless lightweight at just 7.2 ounces, making them great for long hours of wear. The ear cups are also padded with a pleather-like material for maximum comfort and to help with heat dissipation. They fold inward for easy storage and on-the-go use.

The overall build quality feels sturdy and well-constructed, so there are no worries of them snapping even when users stuff them into a bag or accidentally sit down on them.

Featuring a sleek and polished matte surface, the Solo 2 comes in a variety of colors to better match with your personal style. Some of the available options include black, purple and blue, as well as hot pink, blush rose, hunter green and gloss wide.

Style wise, the Solo 2 definitely scores brownie points. The only complaint is that they’re not as flexible as we’d like them to be, since the ear cups are non-swivelling and the headband cannot be adjusted. They should, however, fit most head shapes and sizes.

The Solo 2 features an in-built microphone, so users will not need to purchase a separate device to make or answer calls on their smartphones or laptops. Sound quality on the mic is reasonable, with minimal static or distortion. Also included is a RemoteTalk cable with in-line controls, optimized for the iOS platform. This allows users to take calls or control volume, skip or pause tracks, and more.

At 1.4m, the cable is fairly long and attaches to the left cup to avoid tangling. It is fully detachable for convenience and ends with a standard 3.5mm jack that works with most electronic devices. The cables come with matching colors with the headphones. Each set also includes a carrying case.

Performance wise, the Solo 2 is a major step up from the original Solo and Solo HD, offering better detailed tracks and a more well-balanced response. But let’s face it – bass is their main selling point , which is why the Beats Solo 2 is not for everyone, especially if you prefer natural audio that can highlight subtle nuances or detailing in a track. For bass-heavy genres such as hip hop or electronic dance, however, these are the ones to go for. The Solo 2 was never intended to satisfy hard-core audiophiles, but they do the job for those looking for high quality bass.