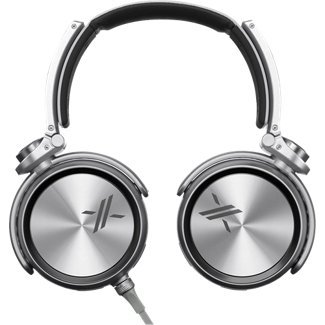 The Sony MDRX10/RED Simon Cowell X Headphones with 50mm Diaphragms is said to have taken its inspiration from celebrity Simon Cowell. However, marketing gimmick or not, these headphones do pack a punch. They compete against the Dr. Dre headphones from Beats as well as Sennheiser Momentum and have to prove their worth amidst stiff competition.

These are primarily bass inducing headphones. The Sony MDRX10 headphones with 50mm Diaphragms provide solid bass for almost all kinds of music and there is always a thumping sound. This induces a club like feel and for many who prefer that, there is no better headphone. With such a solid feature, hip hop, rock, modern pop music feels great. When listening to heavy metal, or rap, or any music with a solid beats background, it almost feels like you are sitting in the front row of a concert.

<<Click here to see the price, specs and reviews of Sony MDRX10 Headphones>>

Audiophiles need to however consider another aspect. Instrumental, jazz music or classical songs do suffer a setback. The other scales of music feel twisted with the general focus on bass sounds and though the notes are clear, they do not sound the same. The sound quality of Sony MDRX10/RED Simon Cowell X Headphones with 50mm Diaphragms is good, but the lower levels of music feel unnatural.

There is a tendency to give a great boosting experience to the listeners and the levels of sound are loud even when you listen at low volume. Therefore, people need to be careful so as to not damage their hearing. The headphones are not good for wearing over a long period of time due to the factors discussed above.

The Sony MDRX10/RED Simon Cowell X Headphones with 50mm Diaphragms are very jazzy to look at. They have foldable ear cups and plush headbands. The headband’s inner side is red and the ear cups have a metallic finish. Overall, the effect is very posh. The material is also comfortable.

They come in a beautiful box with the marking X. Another great feature is that the cable is detachable. The cable is sturdy. The Sony MDRX10 headphones with 50mm Diaphragms also comes with an extra cable so you do not have to rush to the shop when the first one is damaged. They have an in line mic for switching between music and calls which is very useful for all users.

ARE THE SONY MDRX10 BETTER THAN BEATS STUDIO?

The SONY MDRX10 have pretty much the same price with the Beats Studio, which are arguably one of the most popular headphones in the market place. But which one is better? Ok! Let’s examine the facts…

According to many users the SONY MDRX1O has a much more impressive and rather unique design, with the silver and red colours giving a quite distinctive look. The flipside of this being that they also have a “plastic feel”.  Another difference has to do with their technology. Their sound quality and level of comfort are equally good.

The Beats Studio are rechargeable with built-in batteries, meaning that the quality of sound deteriorates when the batteries are not sufficiently charged. Last but not least the Beats come with a hard case, whereas the Sony MDRX10 headphones with a soft case.

Our conclusion is that it’s up to you to decide which features of these two pair of headphones are more appealing to you and our needs. If you are looking for headphones with a design that stands out then the SONY MDRX10 are the right ones for you.

The MDRX10 Simon Cowell (special edition) is a very good alternative to Beats and is ideal for those who are looking for a quality pair of headphones with a rather unique design.

<<Click here to see the price, specs and reviews of Sony MDRX10 Headphones>>